A psychopathic killer, intent on committing a mass shooting, was stopped by a legally armed citizen in a Fort Smith, Arkansas apartment complex early Saturday morning. 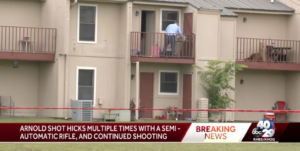 He was yelling and screaming, “You guys get out here, come out here, everyone get out of this building right now”

Witnesses said that several residents came out of their apartments to see what was happening. They saw the killer was armed with a rifle and ran back inside their apartments. One of the residents who came outside to investigate was 87-year-old Lois Hicks. 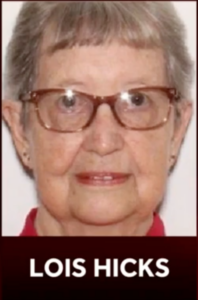 Sadly, 87-year-old Lois Hick’s life was taken on Saturday by a homicidal psychopath.

Residents told reporters that the killer shot indiscriminately into various apartments; however, he was apparently unable to gain access to any apartments, and no one was injured.

While the killer shot into dwellings at will, a resident of the complex armed himself with his hunting rifle, the type of firearm used by the shooter and the type of hunting rifle is currently unknown.

The good samaritan fired his hunting rifle, striking and killing the shooter before he could harm and terrorize anyone else.

While everyone may not appreciate a good guy armed with a gun, the residents sure do. One told reporters:

If he [good samaritan] didn’t do that, who knows how much worse it could have gotten

I think it’s quite clear how much worse it could have been. Thank God for the focus and willingness of the good samaritan to intervene with appropriate, life-saving force. 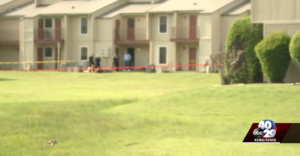 We mourn the tragic loss of Mrs. Hicks while being grateful for responsibly armed citizens who intervene to save lives each day.